Are Freelancers Eligible for Workers’ Compensation?

You are here: Home / Business / Telecommuting / Are Freelancers Eligible for Workers’ Compensation? 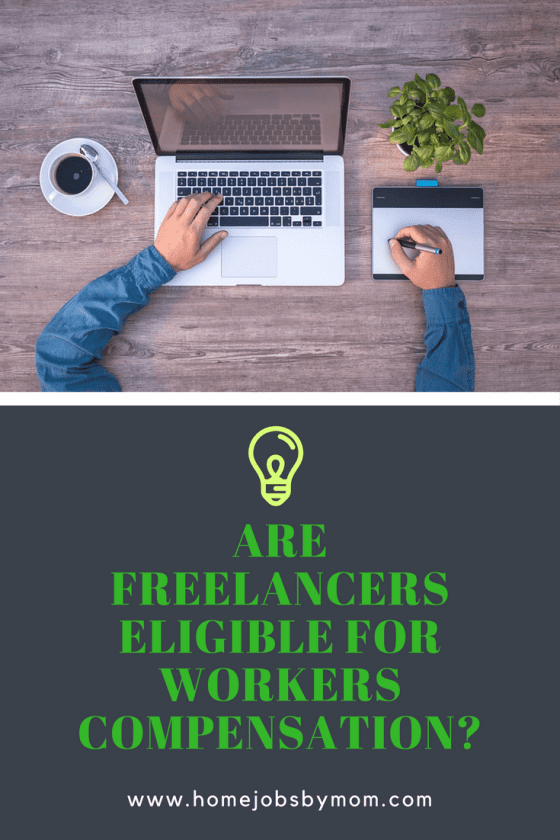 People used to think mothers who stayed home with the kids were lazy. Individuals now have the option to work full time from their homes, and more and more people are doing so. However, when freelancers are injured, they often wonder how they’ll cover their medical bills and lost time from work. Worker’s compensation may be the answer.

Workers Compensation in the Workplace

Are freelancers eligible for worker’s compensation? The simple answer is “no,” and many people work from this assumed common knowledge. In reality, though, there are times when this assumption can result in an individual missing out on compensation benefits.

Most states are required to carry worker’s compensation if they have more than one employee, and a lot of those companies ​choose to use a ​tool for managing employee benefits so that they can keep on top of their operations.

However, states like Alabama leave it up to the employer. In Kansas, if the employer’s annual gross payroll is less than $20,000, they are not required to carry worker’s compensation.

In Michigan, state law requires all employers, private and public, to carry worker’s compensation for all employees.

If you are an independent contractor and not an employee, you would not be able to claim worker’s compensation benefits. However, as a freelancer, if a third party caused your work-related injury or illness, you could get that party to pay you for your pain and suffering.

Do keep in mind, Michigan workers’ compensation laws do not govern third-party claims.

Did you know if you're self-employed, workers' comp coverage is not automatic?Click To Tweet

The truth of the matter is that independent contractors, who numbered over 10 million in 2010, don’t fall under worker’s compensation laws. Since they’re not direct employees of the company, it’s not required that they are protected.

There are times, though, when an employer may classify a person as an independent contractor when they’re actually an employee. This is an illegal act that can get an employer in serious trouble.

Despite this, the ill-gotten gains that employers receive due to these actions are sometimes seen as worth the risk.

There are a variety of reasons that employers will misclassify an employee as an independent contractor. Yes, this can also occur to individuals who are working from home.

When an employee can classify someone as an independent contractor, for instance, they don’t have to pay payroll taxes on that person. Additionally, they’re able to avoid compliance with other hourly and wage requirement laws.

Even the money they save on overtime pay and mandatory rest breaks can be incentive to misclassify someone.

Of course, the most unfortunate reason, at least for those who end up getting injured, is the ability to pay higher premiums for worker’s compensation coverage. Sadly, this has left many injured workers with absolutely no recourse.

The worst part is that they could’ve received compensation for their injury and even past wages they would’ve received as an employee. This is why everyone who works from home should understand whether or not they’re eligible for worker’s compensation.

The best thing that a person can do after being injured while working at home is to speak with an attorney. While there are a few telltale signs that could point towards a person actually being an employee, there’s no set definition of what constitutes an independent contractor.

A worker’s compensation attorney will know the laws specific to a certain locale and be able to quickly judge whether or not a person is incorrectly classified as a freelancer.

The law usually considers direct control or direction of a worker as an employee-employer relationship. Additionally, things, like providing equipment to workers or paying them hourly, is something that an employer would likely only be doing for someone who should be classified as an employee.

It’s sad that those who work at home have to worry about whether or not they’re being treated fairly. But in a world where everything is about profit, it’s a definite concern that every freelancer should have.

Work-related injuries can leave a person unable to work and with mountains of medical bills.

An employer incorrectly classifying a person doesn’t mean that the person isn’t entitled to benefits. With the right legal help, someone who works from home can ensure that they receive the compensation that they deserve.

Fun in the Sun with NomNomNow: Why Feeding your Pets a Fresh Diet is a Great Idea
Next Post: Get The Most Out Of Your Backyard By Making It A Kid Friendly Space