Getting Your Picky Eater To Try New Foods #KidLit #PictureBook

This picky eater post was created in partnership with  Smith Publicity and Pickfish Press. I was not financially compensated for this post but did receive a sample for review purposes. As always, all opinions are entirely my own. Thank you for supporting the brands that support me! 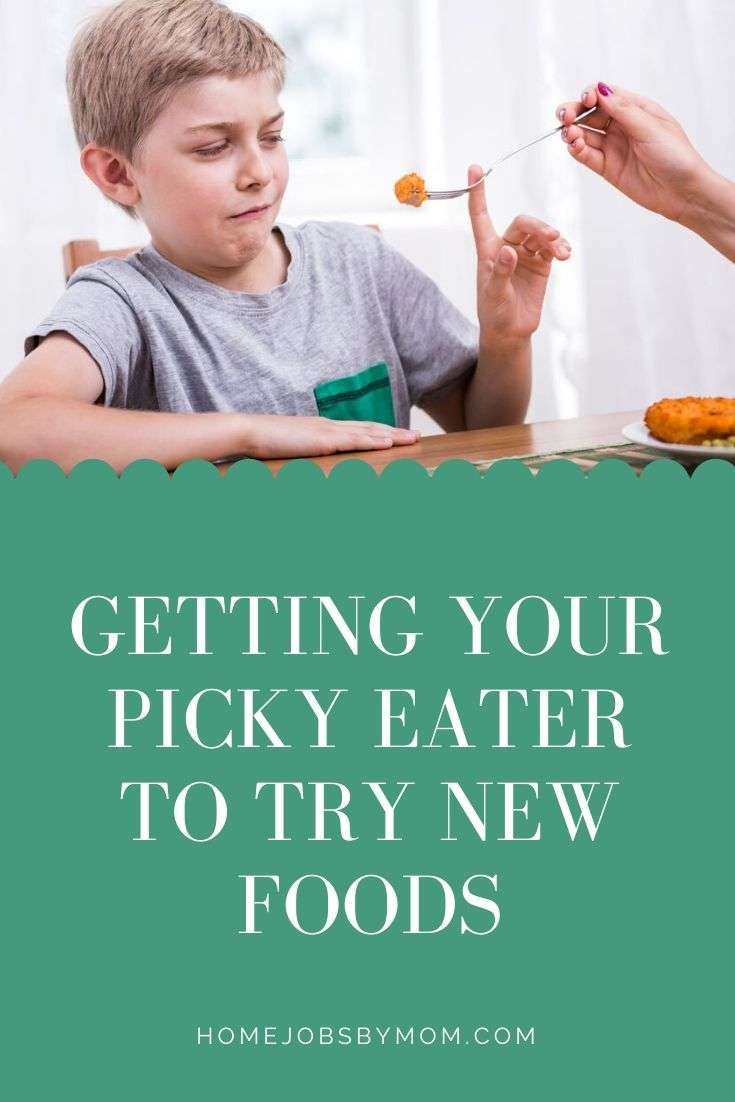 Some babies are naturals when it comes to eating. Pop them in a high chair, throw on a bib and they will devour anything that you put in front of them. Most are a little more cautious though. As babies enter toddlerhood and early childhood, a lot of them become pickier in what they eat.

As a parent, having a picky eater can present some challenges. For starters, it can make things difficult when you want to plan a family meal. What’s more, if your child isn’t eating a balanced diet, you might start to worry about their health.

So, just what can you do if you have a picky eater on your hands? Read on for a few ideas.

Ok, so imagine you sit down to dinner and serve up a plate of Chicken Piccata. It looks and smells delicious. But, just as you are about to dig in, your child says they don’t want this. Why not you inquire? But, you can tell this meal probably isn’t going to happen. So, instead, you make a separate meal just for your picky eater.

Trying new foods can be intimidating for kids, especially if they have to dive right in with an entire meal. So, instead of introducing an entirely new meal, you might try offering just a bite or two.

For example, imagine what would happen if you served up Chicken Piccata for most of the family, but gave your child mac n’ cheese or some other meal that they know and like. Then, while everyone is eating, you offer up a bite or two of Chicken Piccata.

This is a much less daunting way to try new foods, and your child might be willing to give it a shot.

Let Them Choose Some New Foods

One way to get your child excited about trying some new foods is to let them have a say in what new foods they will be trying. Take a trip to the grocery store and see what piques their interest. Maybe they will like the look of some of the brightly colored produce or a different cut of meat.

You can also browse through a cookbook with them or one of your favorite recipe sites. If their eyes light up at a picture of a meal, offer to make it so they can give it a try.

Make Them A Chef

If you really want to get your child involved, make them one of the chefs. Sometimes, just seeing the process of ingredients going together and helping with stirring and other simple tasks can get them excited about the meal.

After all of the work they put in, they just might want to try the finished result.

Introduce New Foods Along With Favorites

Instead of introducing a whole new food all at once, you might try introducing something new along with something familiar. For example, let’s say that your child likes plain chicken.

Well, maybe they would like to try chicken with some BBQ sauce on it? If that’s a hit, maybe they can try pork with that very same BBQ sauce that they know and love even if they have never had pork before.

Once they are comfortable having BBQ pork, they might find they like pork without BBQ sauce as well.

Just like Anteater two in the book, I Don’t Like To Eat Ants, discovered that you never know what you’ll like until you give it a chance. Your child may find that love pork, all you have to do is find a way for them to take that first bite.

The next thing you know, they have a whole new food in their repertoire. 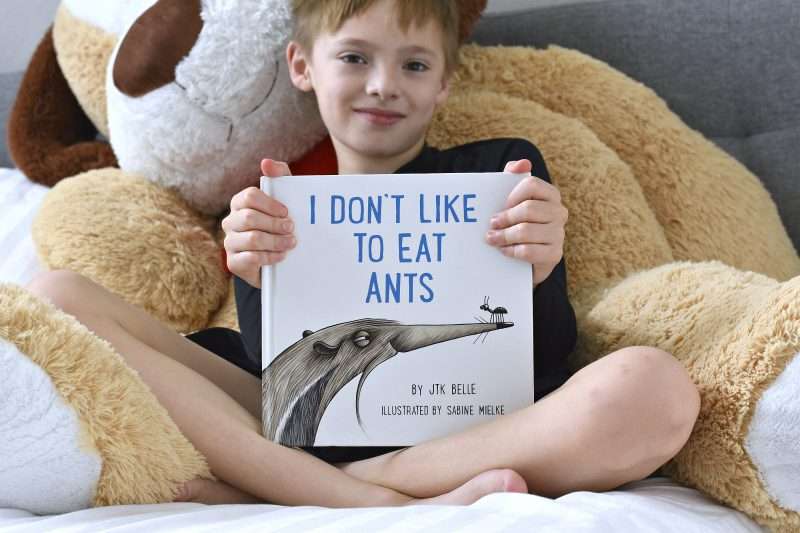 Most kids go through a phase of picky eating at some point along the way. So, there is certainly no cause for alarm if this is something that you are dealing with.

While it might get frustrating at times, it’s a good idea to keep a cool head and not to make too big a deal over it. Just keep trying to broaden their horizons here and there whenever there is an opportunity. In most cases, this will do the trick. 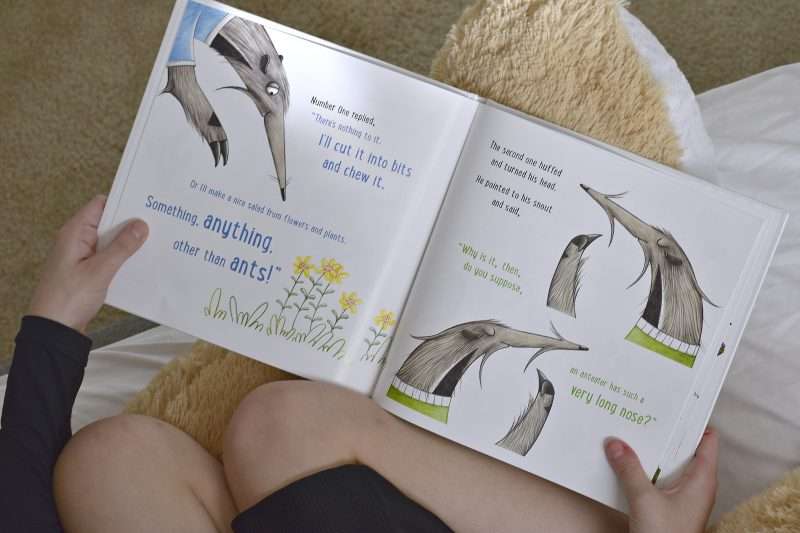 And, it never hurts to read books that teach children to branch out from the familiar like I Don’t Like To Eat Ants.

In this cute, rhyming story two anteaters are debating over what they should eat. Anteater one wants to try new foods while anteater two only wants to eat ants. In the end, anteater two discovers a food he loves and realizes that it’s important to try new and unexpected things. 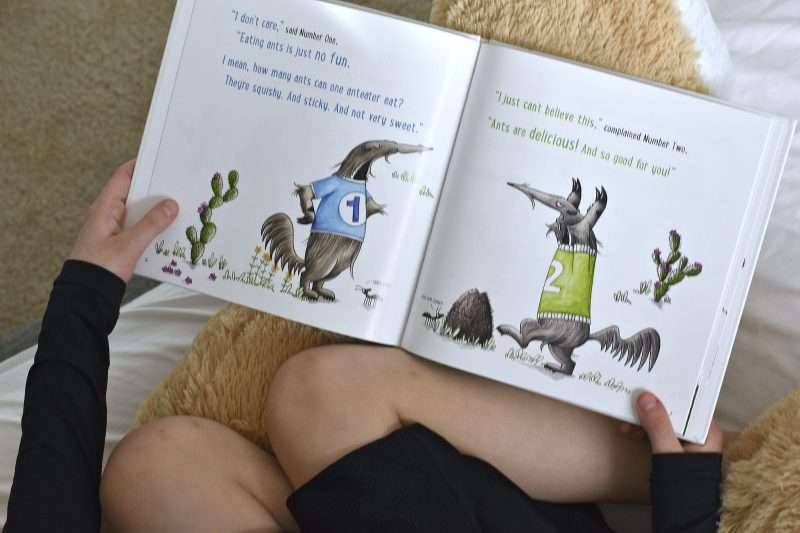 Besides the moral of the story, I absolutely love the illustrations in this book, especially the expressions of the anteaters and the ants. We absolutely loved the ants! They are hilarious and make funny little remarks as the two anteaters debate. 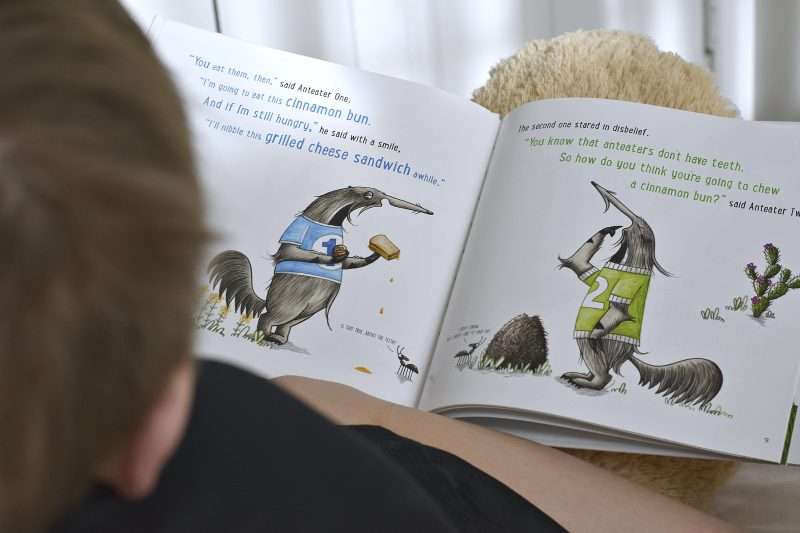 They turned a great lesson into an adorably witty and fun read for the whole family. While this book is perfect for younger children like toddlers who are prone to being picky, the moral is perfect for older children (and adults) as well.

Heck, I am always a fan of smooth flowing rhyming books. They are just plain fun to read and something that I am happy to read over and over again. 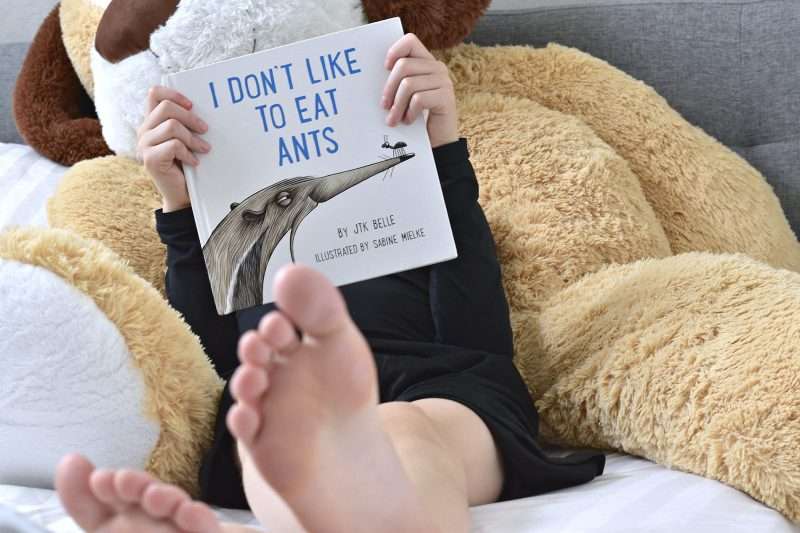 So get out of your comfort zone and try something new today. You never know what you’re missing until you try it!

How to Find an Innovation Process That Works for You and Your Business
6 Mobile Business Ideas for Entrepreneurs Who Have a Truck
Does a THC Vape Pen Help Reduce Bowel Pain and Suffering?
Can a CBD Vape Pen Help With Post Workout Recovery?
5 Reasons You Need Cloud Faxing for Your Business
5 Threats You Should Talk About with Your Family
3 Thoughtful Gifts for Someone Graduating Culinary School
Real Estate Worries: FAQs About Buying a New Home
Moving in Montreal? Tips for Choosing a Moving Company
How to Create a Strong Professional Translator Resume: Tips and Tricks