How Houston Texas Residents Can Make the City a Little Greener

You are here: Home / Lifestyle / How Houston Texas Residents Can Make the City a Little Greener 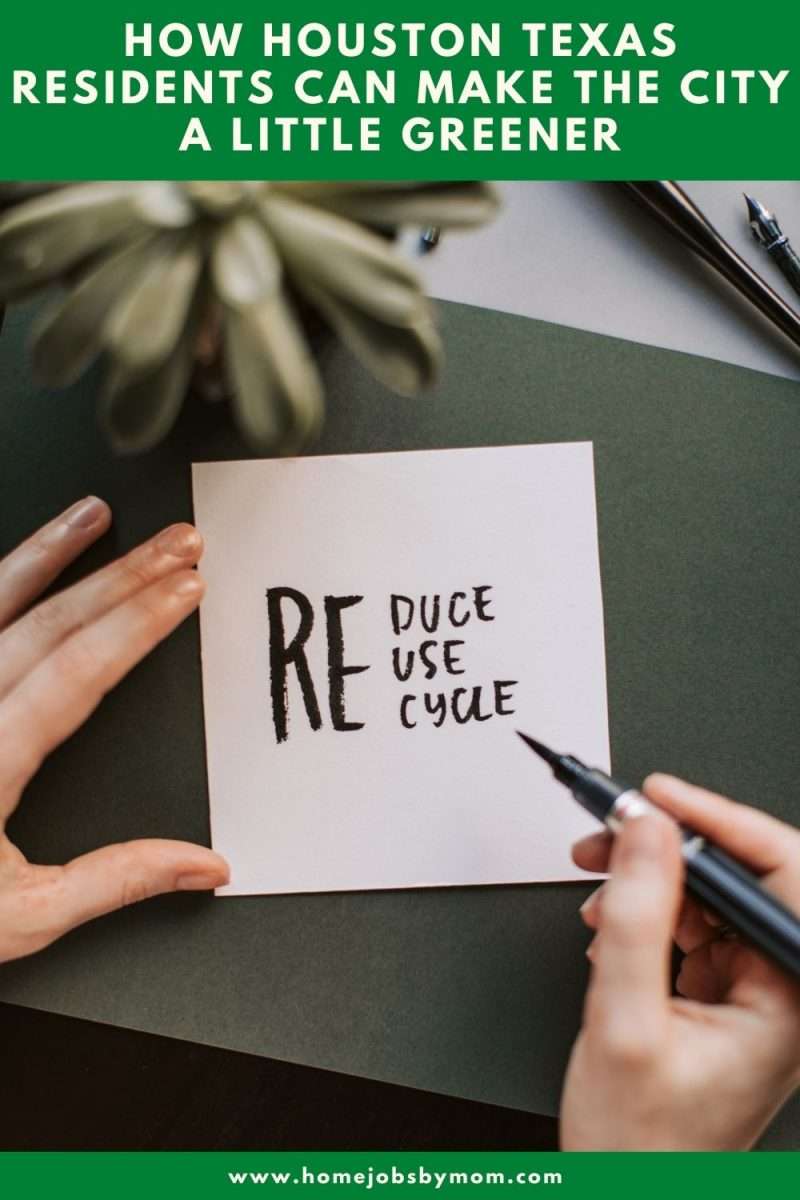 Since Houston’s turnaround from the oil slump of the late 1980s, it has undergone rapid growth and development. By the year 2000, the city had added 680,000 jobs and increased its employment rate by 49%.

Houston remains one of the fastest-growing cities in the United States, one of the most populous states in the country. As the metropolis has expanded, however, so has its ecological impact.

Being eco-friendly means living in a way that is not harmful to the environment. Keep reading to learn how to be green if you live in Houston Texas! Click To Tweet

Despite city progress and expansion, pollution remains an area in need of improvement. Even as alarming pollution levels compelled the city government and residents to take decisive measures to keep emissions in check, Houston was still ranked among the ten cities with the worst air quality in the United States.

In March of 2020, lockdowns dramatically reduced traffic, and Houston saw a 10–15% drop in air pollutant levels.

Industrial pollution is the other major cause of concern in the energy capital of the world. The expansion of oil and gas industries in the state accounts for a majority of these emissions.

Oil and gas plants and drilling stations release a massive amount of greenhouse gases every year. Experts have also warned that Texas’s industry expansions will account for nearly 227 million tons of greenhouse emissions by 2025.

How Are People Adapting?

Ten years ago, it would sound improbable that a leading fossil fuel city would ever go completely green. However, with sweeping reforms from the city government and the residents’ collective effort, Houston is inching towards achieving 100% sustainability by investing heavily in solar power.

The city also aims to comply with The Paris Agreement and become carbon neutral by 2050. The Army Corps of Engineers is also exploring green infrastructure to mitigate city flooding.

What About Personal Recycling?

Personal recycling is how scrapped personal items are processed and developed into repurposed products. It is one of the most effective ways to conserve natural resources.

Houston was recently in the news for leading recycling efforts when one of its local facilities, in conjunction with the city’s Solid Waste Management Department, was named best in the country.

The University of Houston also runs a robust solid waste recycling program to check campus trash generation. Thus, it is evident that despite being one of the largest trash producers in the world, Houston is making strides in waste recycling and management efforts.

Other Steps People Can Take

If you want to do your part in making the city greener, you can make the switch to clean energy.

Transitioning to renewable housing power was made possible when residents were able to choose their energy provider. You can shop around for clean electricity providers for Houston homes based on offers, incentives, and the type of renewable source you’re interested in.

One misconception that prevents people from transitioning is cost. Although costly to install, renewable energy sources have generally been proven to be much cheaper in the long run, with solar power being the most affordable form of electricity source available.

Pollution is often referred to as a worldwide disease that only collective efforts can address.

With rising concerns about diminishing fossil fuel reserves and the damaging effects of climate change, sustainability has become one of the top goals across the United States.

Houston, being the energy capital of the world, can take the lead in transforming the energy sources from traditional to renewable. Buy eco-friendly products when ever you get the chance.

What actions do you take to help the environment?

The Significant Importance of Solar Energy
Next Post: Top 3 Instruments That Make it Easier to Get a Scholarship