Making Balloon Pinatas: How to Put Candy Inside a Balloon

You are here: Home / Lifestyle / Home & Garden / Crafts & DIY / Making Balloon Pinatas: How to Put Candy Inside a Balloon 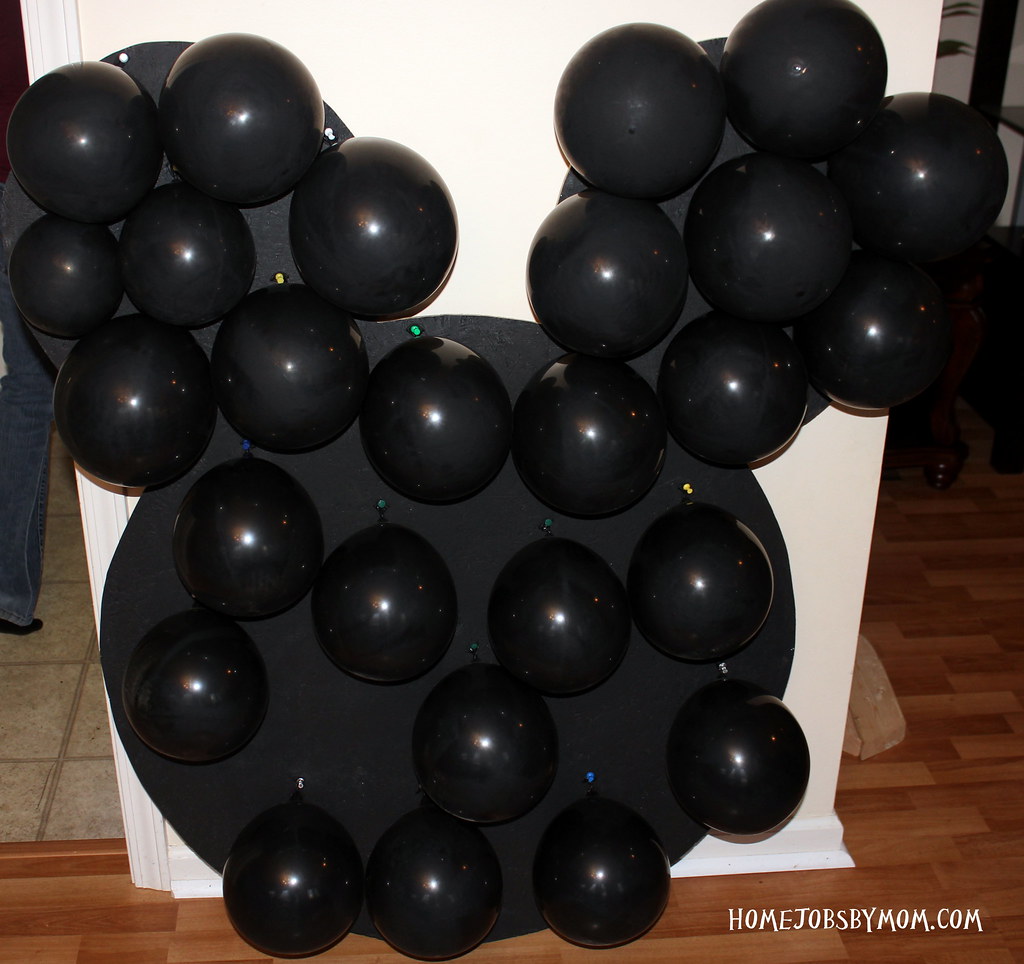 For my son’s third birthday (It was a Mickey Birthday Party) I wanted him to have a pinata. Smashing something up mixed with candy is fun for all kids after all.  After realizing that a three year old would have a pretty tough time actually breaking a pinata I opted to make a Balloon Pinata (thanks to coming across the blog Inchmark). I know I could have bought a pull string pinata but I wanted a little more excitement than that.

What is a Balloon Pinata

To go with the theme of the party we decided to make the board that the balloons go on the classic mickey head silhouette. I had my husband cut a piece of plywood into that basic shaped. We read that the ratio of Mickey’s head to his ears is about 5:3 so he tried to make it as close to that as possible. Once he got the shape cut out he painted it black.

Putting Candy Inside a Balloon

Putting candy inside a balloon is harder than it sounds. I had hurt eardrums and cuts on my hands from the attempts I made. I did find a method that worked for me though.

Method 1: Putting Candy Inside a Balloon with a Tube

The first method I tried was attaching a balloon to a tube. I shoved candy as far down the tube as I could. I found that the perfect sized

tube for this was a regular sized foil tube-the cardboard tube foil is wrapped around. Once the candy reached the end of the tube I blew into the tube which blew up the balloon enough so the candy fell out of the tube and into the balloon. Then I had to blow up the balloons the rest of the way and tie. While the method did work it reeked havoc on my ears. I only could do a few of these before I decided to come up with another way to put candy inside a balloon.

Method 2: Putting Candy Inside a Balloon with a Milk Jug

This method was by far the best for me. For this method I used a washed out milk jug since it’s opening was about the same size as the cardboard foil tube I used in the other method. I cut a hole in the bottom of the milk jug that was big enough for me to place candy and my hands in. I did get a couple of cuts from forcing the balloon onto the milk jug opening but I much rather deal with that than busted eardrums. 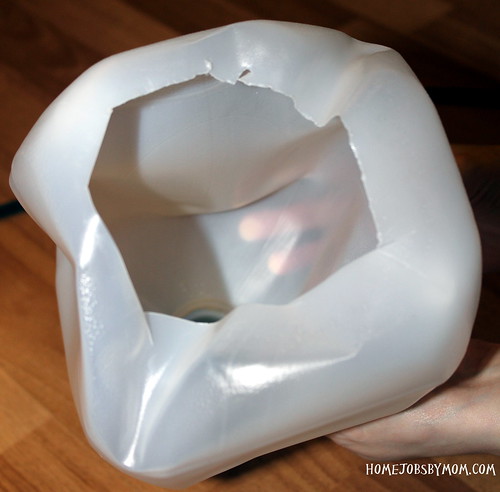 I then stretched a balloon onto the milk jug’s original opening. 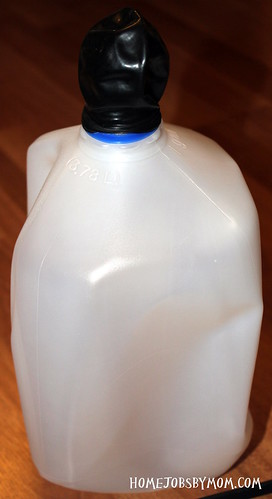 Then through the hole that I cut I put candy inside the milk jug and pushed it into the balloon. 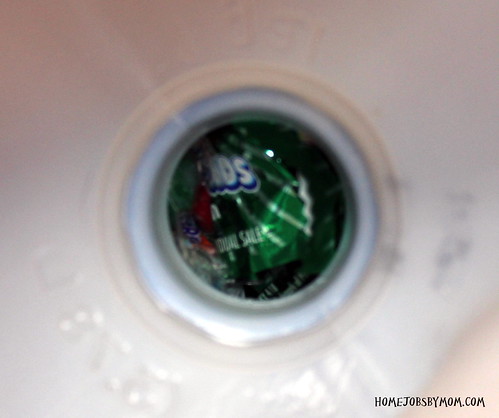 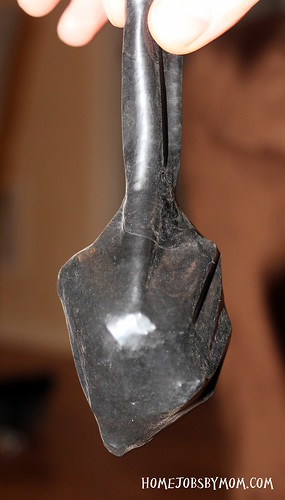 Once I filled all of the balloons with candy and blew them up all the way they were attached to the mickey head silhouette board we had cut out and previously painted. We attached each balloon with a thumb tack. We made sure they were very secure so none would come flying out when the kids popped the balloons. We had to practically hammer them in them plywood so they weren’t going any where.

Okay, this may sound a little dangerous but to pop the balloons we taped a thumb tack onto the end of a wooden pole. My husband helped each child pop the balloons making sure there was no swinging of the popping stick or anything. The kids had a blast popping the balloons to get candy!

Are you a piñata fan?

Previous Post: « 10 Ways to Increase Breast Milk Supply
Next Post: How To Clean The Most Popular Stains 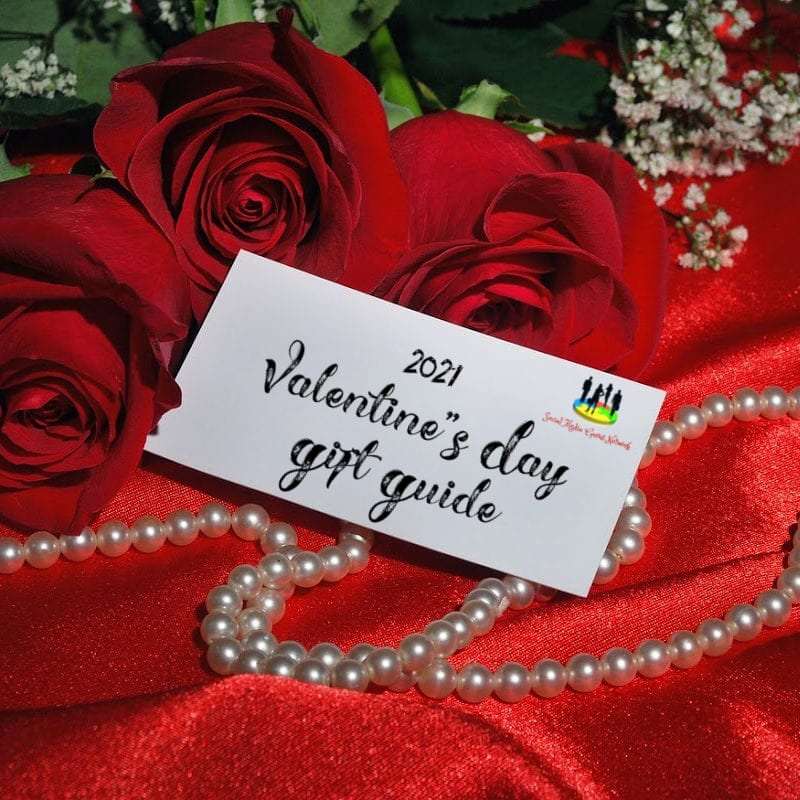 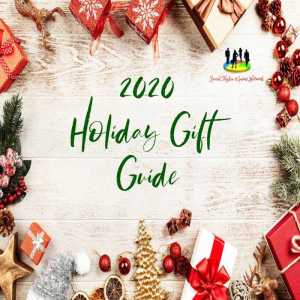