10 Romantic First Dance Songs: Why They’re Great for Your Wedding 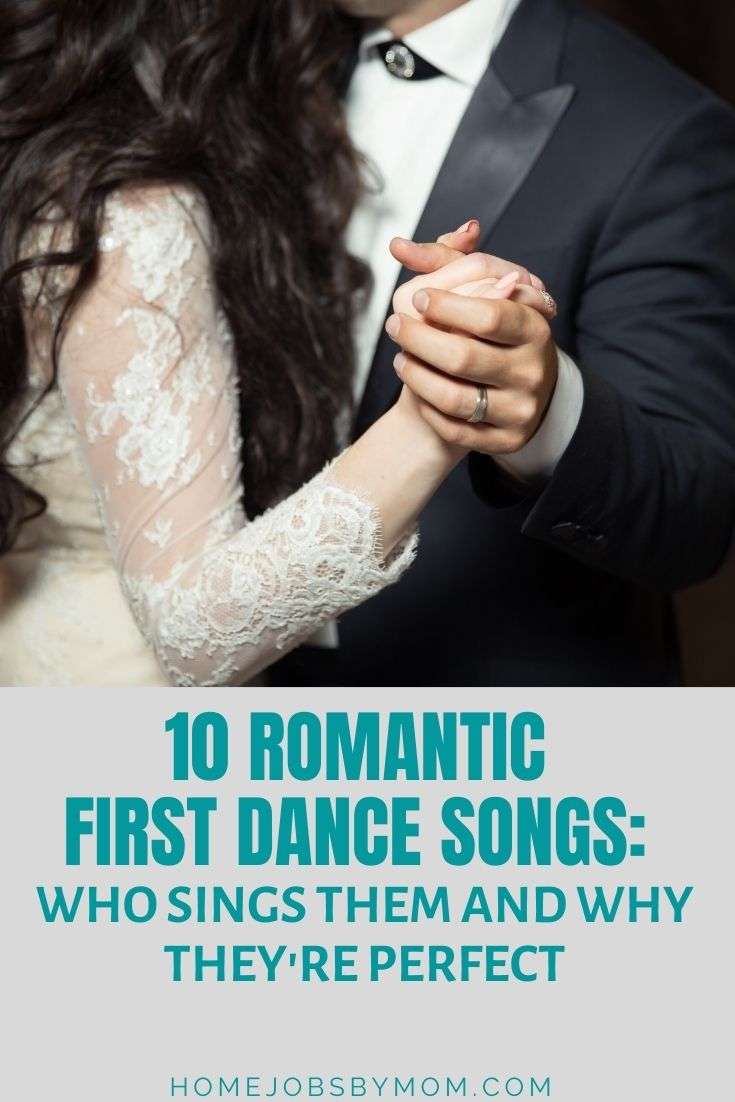 In this article, we’ll be looking at ten songs that would be perfect for your romantic first dance. These awesome love songs might be super cheesy in any other setting, but that’s entirely acceptable for your first dance because you want to convey how much you love your partner.

Planning your first dance is a lot of fun, but it can be tough to choose the perfect song. These ten tunes are sure to get your guests on the dance floor! Click To Tweet

Released back in 2006 by Scottish singer-songwriter Paolo Nutini, Last Request is an absolute gem. It has been used by many as their first dance song thanks to its slow nature and the general romantic vibe to it. Although it never performed exceptionally well at the time of its release, it has aged incredibly well and helped propel Paolo Nutini to stardom.

It might have a more somber tone than some, but it’s an incredible song and sounds very romantic.

2. You’re Still The One – Shania Twain

I think anyone who was around in the late 1990s or early 2000s will remember this song, thanks to how popular it was. It was released by Canadian country-pop singer Shania Twain as part of her album Come On Over and became one of the most successful songs of all time, selling over 20 million copies worldwide.

It’s a very romantic song that talks about how a couple who have been through some tough times have stuck together.

3. I Will Always Love You – Whitney Houston

This is another song that I think everyone knows, but it’s certainly one that deserves its place on this list, thanks to both its romantic lyrics and the fact that Whitney Houston sings it. It was originally written and recorded by Dolly Parton back in 1974, but Whitney Houston’s version really took off.

The song is about how someone will always love their partner regardless of their flaws and how eternal their love is.

Elvis Presley is often seen as one of the most romantic singers ever thanks to songs like this. Songs like Can’t Help Falling In Love perfectly encapsulates being head over heels in love with someone.

The song itself is incredibly basic, but Elvis Presley’s voice and overall charm allow it to be such a great song. It peaked at number 2 in the US when it was initially released back in 1961 but has since become one of Elvis Presley’s most iconic songs.

Released in 2014 by English singer-songwriter Ed Sheeran, Thinking Out Loud quickly became one of his most famous songs and has since become one of the most desired first dance songs in recent years.

If you liked Thinking Out Loud, you’ll love Perfect. It’s another incredibly romantic ballad that would make an excellent first dance song.

The song focuses on finding that special somebody that you’ll never see the flaws in, no matter how obvious they might be to other people. The melody is also absolutely beautiful, making it easy to dance to, and Ed Sheeran’s vocals are once again on point.

This is a bit of a change of pace from the other songs on this list, as Die A Happy Man is a country song. But don’t let that put you off because it’s excellent for a first dance.

The song is all about how the protagonist has found the love of their life and would be happy to spend the rest of their days with that person, never wanting anything more than to have just that. That’s the exact kind of message you want to send with your first dance song!

8. From This Moment On – Shania Twain

One that quickly became one of Shania Twain’s most listened-to songs.

Twain sings about how the person in question has found their life partner and wants nothing more, only looking forward to the rest of their life with this person. So it’s no shock that it is a popular first dance song due to its sentimental value.

Amazed quickly became one of their most popular songs thanks to its romantic lyrics and beautiful delivery. The song is about how the singer is in complete love with their partner and how in awe they are.

It also helps that the melody is absolutely beautiful, making it easy to dance to.

This song quickly became one of Aerosmith’s most loved romantic songs, which is rare given that Aerosmith isn’t known for romantic love songs by many people.

The song is about how the protagonist wants to spend all of their most memorable life moments with this person and wants to be by their side at all times, which makes it perfect for the first dance at a wedding.

So, there you have it – our top 10 romantic first dance songs! We hope you found this list helpful in choosing the perfect song for your big day. Each of these love ballads is beautiful in its own way and will set the tone for an unforgettable evening.

What do you think are some of the best first dance wedding songs?

The Qualities of an Excellent Personal Injury Accident Lawyer
Next Post: Is Home Maintenance Really That Important? 7 Reasons Why Yes