How to Survive Raising Young Boys Without Pulling Your Hair Out

You are here: Home / Family / How to Survive Raising Young Boys Without Pulling Your Hair Out 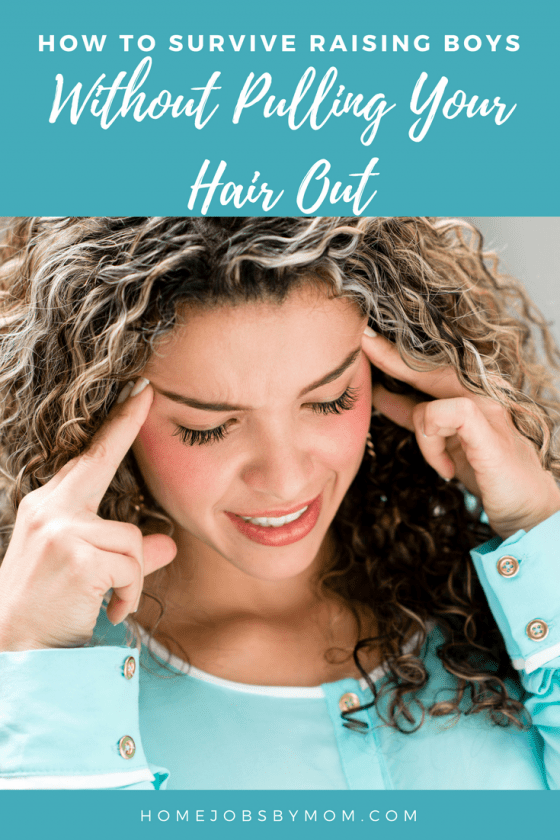 Boys are made from snips and snails and puppy dog tails or so the saying goes. It could be true but we also know that they are made through love, discipline, and affection. What parent doesn’t want their son to grow into a well-balanced member of the society? I know I do, but it’s hard when they are hell on wheels bouncing off the walls most of the time. It’s a tough job but someone has to do it. Lucky for you I have compiled five tips that hopefully slow them down a bit and grow into a well-balanced person.

Let Him Blow Off Some Steam

Boys definitely have a lot of energy (a HUGE understatement) and they need to blow it off. You have to make this happen for your own sanity.  Take your son to parks, the beach, his friend’s house – whatever will burn off the most energy.

That way he can run around and climb trees, play in the waves, build sandcastles, and enjoy himself (while unknowingly tiring himself out). Hopefully, afterward, he will want a nap or just want to lay around watching TV for a little bit so you can relax.

Let your boy be a boy but remind him that there is a time and place for everything.

Encourage your son when he shows an interest in something new. He may come up with some crazy idea that you can’t see him doing but let him experience it for himself and then decide. He is still exploring his likes and dislikes which will keep him busy. The busier the better, I say.

He might want to enroll in a gymnastics class and then want to be on a baseball team. Heck, sign him up for both if you can swing it. Whatever it is, just give it a chance. Some of his friends might ridicule him for his choices but that will only help him determine his identity. You should try to help him understand that people have different likes and he should just ignore them and do what he wants.

The only rule I give is that they have to finish whatever they start. I’m not made of money you know.

Give Him Positive Praise

Boys are normally labeled as bad or naughty, and they most certainly can be! Try to build up your son’s indication of right and wrong with positive and negative praise. They should be able to determine what actions are good and which are bad from a very young age. This will help them behave themselves (eventually). Sorry, this just comes with time!

Arranging a few play dates will show them how to properly interact with other people. They will learn the basics. You know things like, pulling hair, spitting, kicking, and pushing are bad and they shouldn’t do them.

This socialization will help them grow comfortable with sharing, making new friends, and playing nice.

Children who grow up alone tend to struggle with sharing because all the toys in their room belong to them and they don’t have to share them with anyone. Helping your boy socialize at an early age will help him grow into a well-rounded man who can easily socialize with anyone he meets.

Get Involved at School

Teachers spend a lot of their time with your children and they basically know them just as well (if not better) than you do. Talk to your son’s teacher and get information about their personality, how they socialize, their weaknesses and their strengths.

We’re not talking about you being a spy just show some interest in your son’s life. You’ll learn a few things you might not have known about him and you’ll get a good indication if he’s on the right track. She may even have some great tips for you. I’m sure she’s seen it ALL and you’ll see your little monster isn’t really that bad. 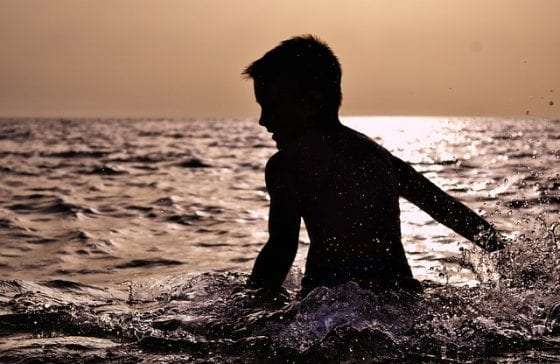 3/9/18 Oreo got spayed this week and totally isn’t digging her cone. I can’t blame her! She would be the pup that ripped her stitches out if she didn’t have it, though. She likes goals and that would totally be one. Have a great weekend guys!

5 Tips To Choosing The Best Color For Your Bedroom & Conquering Sleep Deprivation
Next Post: A Surprisingly Important Renovation You May Have Forgotten