You are here: Home / Family / Teenage Years / Why Your Teen Might Be Feeling Pressured to Engage Is Risky Behavior 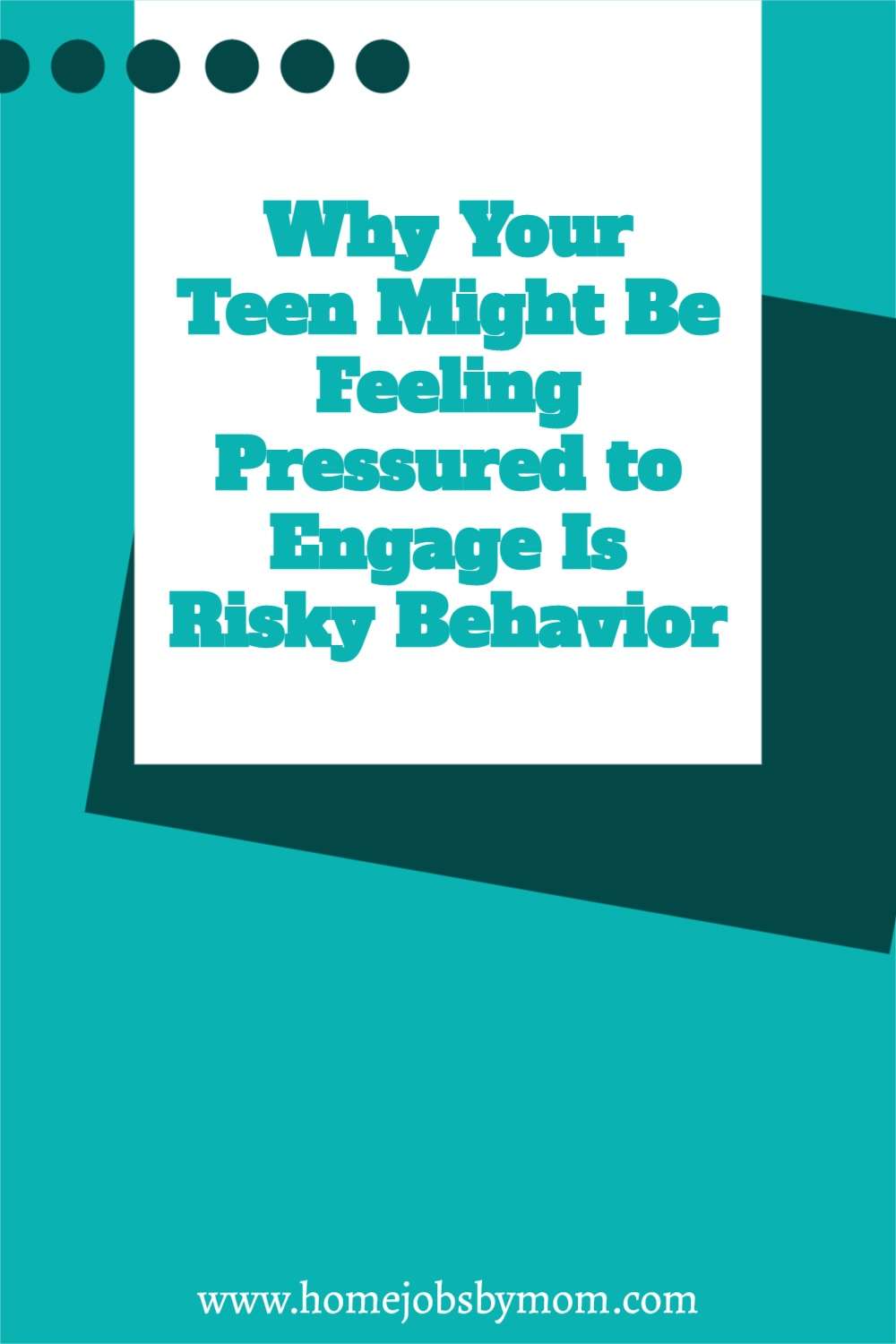 By your child’s teen years, parents might take a more hands-off approach toward parenting. Their teenagers might be able to do most basic stuff independently, like washing their clothes or cooking, and parents might not feel the need to be as involved.

However, your teenager will be going through a lot during this period. Teenagers are faced with pressures from all angles as they make the transition from childhood to adulthood. Whether conscious or not, the decisions they make have a significant impact on their lives.

Sometimes, teens might feel pressured to engage in risky behavior, such as using drugs or alcohol, simply because it is peer-enforced. Parents need to help their teens understand that they are not alone in their struggles in these instances.

In all situations, a parent needs to recognize whether or not their teen might be feeling pressured into partaking in risky behavior and what they can do to alleviate that pressure.

They want to rebel

Teenagers like to be able to assert their independence. Sometimes the need to be their own person makes them feel pressured to rebel against their parents’ rules. This could take the form of breaking curfew, not doing chores, or ignoring their parents’ requests.

When your teenager rebels, you should take a step back and look at the situation from their perspective. You should see if there is a way you can find a compromise with your teen that allows them to assert their independence while still adhering to your rules.

Even if they don’t know for sure, teens will often feel pressure from their peers to engage in risky behavior, such as using illegal drugs and underage drinking. They might even be led on by older people who want them to engage in these activities. While your teenager might experiment with drugs and alcohol, this could quickly turn into an addiction if not controlled.

Whatever the reason, the important thing is you let your teenager know this kind of behavior is often looked down upon by adults. You should also let them know they don’t have to do what their peers are doing if they feel uncomfortable.

Want to change their image

Many teenagers struggle with how they want others to view them or feel the need to fit in. They might decide to take up dangerous activities, like graffitiing houses, or dress in a risqué fashion because they want to get into a particular crowd or impress their peers.

You should be more vocal about what you enjoy with your teenager in these instances. If they can see that you can appreciate them without reinventing themselves, they might not feel the need to change their image and stick to their values and beliefs instead.

Don’t think about the consequences

It is common for teenagers to ignore the consequences of their actions as they push boundaries and experiment. For example, your teenager might feel like they can post offensive material online and think no one will care. Unfortunately, this kind of behavior can negatively affect them in the future when it comes to getting an internship or job.

You should make it clear to your teenager that this kind of behavior does not go unnoticed. You should take the time to explain how this could damage their social or professional reputation in the future.

They’re struggling with their issues

As teenagers transition from childhood to adulthood, they often deal with internal struggles. They might be dealing with clinical issues such as stress or anxiety during this time. They might even feel like their problems are too big for them to handle alone. This struggle could cause them to lash out at those around them.

When your teenager is struggling, you should make it known to them that you won’t judge them and are willing to listen. If your teen feels like they can confide in you about their issues, they might feel less pressured into engaging in risky behaviors.

When your teenager engages in risky behavior, you will naturally want to stop them. Instead of punishing them, however, you should take some time to understand what is pushing them towards these actions. Once you can identify the source of that pressure or insecurity, you can find a way to alleviate it and help your teen grow into a responsible adult.

Can you think of any risk-taking behavior examples?

Everything You Need to Know About Becoming an Interior Designer
Next Post: $100 @Mixbook Giveaway (Ends 3/18)