Leaders and Influencers to Watch Out for in 2021

You are here: Home / Lifestyle / Leaders and Influencers to Watch Out for in 2021 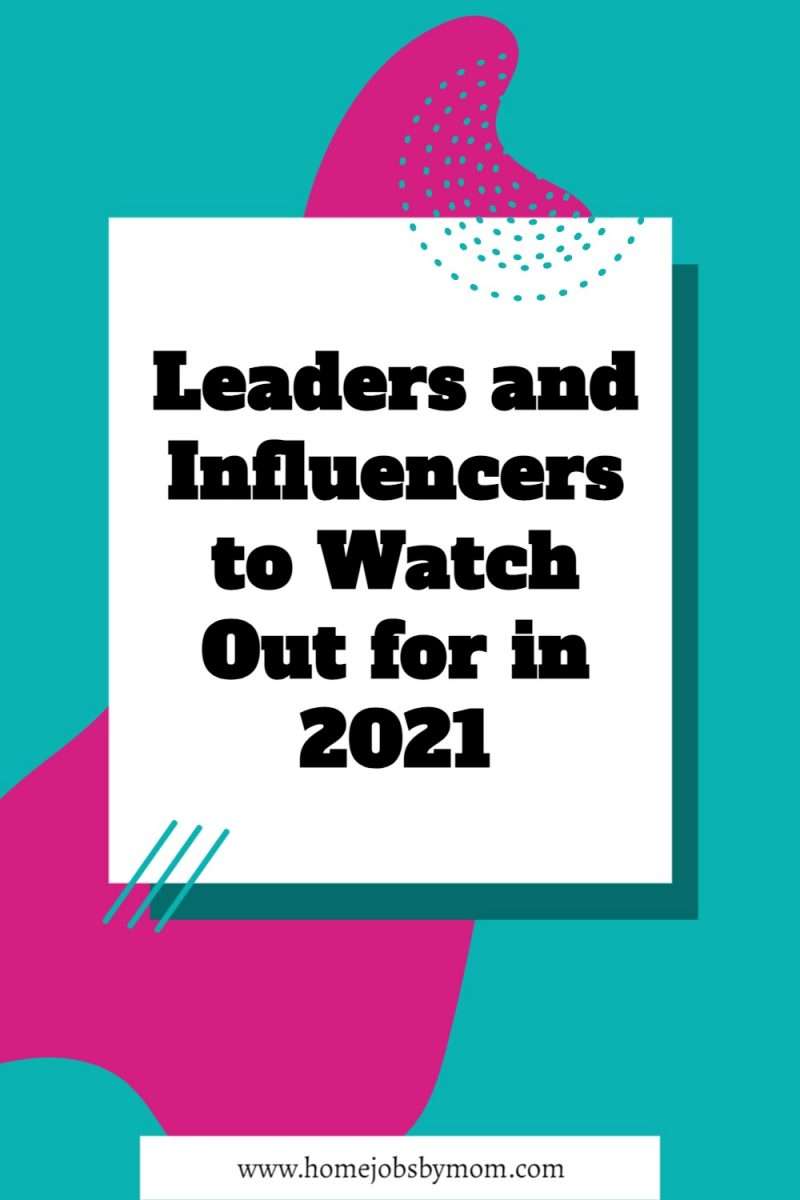 The past few years have been a great time for women and people within the LGBTQ space to grow. We’ve seen advancements in trans rights, huge turnouts at Women’s Day marches, and growth within the BLM movement. Not to mention, many more women and LGBTQ leaders worldwide.

Stay inspired and motivated with these powerhouse figures to watch out for in 2021. From Instagram influencers to political figures who make a difference and show up for those without a voice.

Ardern has been serving as New Zealand’s 40th Prime Minister since 2017. So, you’ve likely heard a thing or two about her. She is the leader of the Labour Party for New Zealand.

Her no-nonsense attitude and strong, liberal stance on issues such as immigration and gender equality have earmarked her as one of the most influential leaders in the world.

When the global pandemic began, Ardern acted swiftly and strictly, enforcing harsh border control policies. While her policies have been seen as controversial, her actions have meant that New Zealand has had consistently low figures since the beginning of the pandemic, with fewer than a hundred deaths.

She also made waves when she brought her three-month-old baby into the UN and breastfed her after a press conference, maintaining an important stance on mothers who work.

Follow Jacinda on her Instagram account to keep up with her incredible policies and uplifting work, and be inspired to take up courses to advance your career in politics or leadership.

As a trans woman, activist, DJ, and model, Munroe Bergdorf has many accolades under her belt.

She became the first UK transgender model for L’Oreal and is a consistent social activist for the Black Lives Matter movement, trans rights, and LGBTQ awareness.

She has been awarded an honorary doctorate for her work in the LGBTQ space and won awards as an influential activist.

While Bergdorf has faced many controversies, she has always maintained her stance on gender equality, racial equality, and her experience as a transgender woman.

Follow her on Instagram or find out more about her social activism within the gender, race, or LGBTQ space.

Megan Jayne Crabbe, a.k.a. Body Posi Panda, will make a colorful and joyful addition to your Instagram feed. Crabbe is unapologetically body-positive. Since overcoming a health-endangering eating disorder as a teen, she has made it her mission to love her body and encourage others to love theirs, too.

You can’t help but smile as she dances and jiggles her way into your heart and fashions various pastel-colored variations of her hair and clothes. Crabbe is also an advocate of disability rights, gender equality, trans rights, and racial equality.

Her posts frequently feature her sister Gemma who has learning disabilities. She often posts about how to use social media for those who are blind or hard of hearing.

Crabbe is mixed-race but recognizes herself as “white-passing”. She often elevates the voices of others who she believes to be less heard but equally important.

Check out her colorful Insta grid and learn more about body positivity and self-love.

New York Representative Alexandra Ocasio-Cortez, also known as AOC, is always on a mission for racial, social, and economic justice.

She campaigns for equal rights among the sexes and the races and elevates the voices of those who are in underserved communities.

As a woman, AOC receives more than her fair share of flak and image-based criticism but isn’t afraid to come back using her impeccable way with words to call out those who have called her slurs like “bitch” or “crazy.”

AOC is not your usual Democratic Representative. She often makes waves within the world of social media her impeccable way of getting her point across.

As a woman, a person of color, and from a poorer background than the typical politician, AOC frequently receives criticism. Her experience working as a waitress on minimum wage has only enhanced her life experience.

Unlike other politicians who went to private school and come from wealthy backgrounds, she is more grounded than most.

These women and LGBTQ leaders and activists prove how much people within these spaces have to offer. After centuries of leadership from white men, women are showing up to redefine social activism and leadership.

What powerhouse figure do you connect with?

Commonly Overlooked AC Problems After A Storm
Next Post: Hiring Someone to Write Your Biography