Switching Career Paths: Why More Women Should Be Entering the Tech Industry

You are here: Home / Business / Careers / Switching Career Paths: Why More Women Should Be Entering the Tech Industry 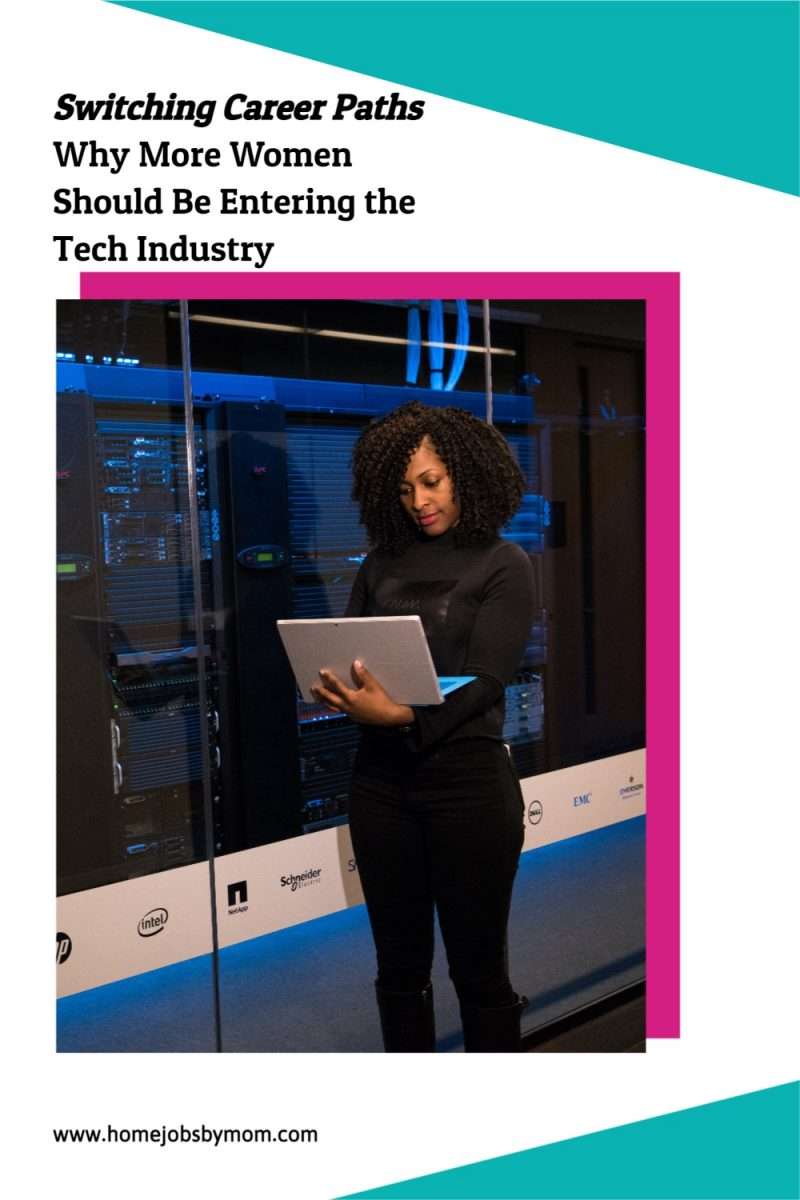 The days of women staying at home and taking care of the children are long gone. That’s not saying that if you are a stay-at-home-mother (SAHM), you have zero ambition. Being a mother is a job in itself. The difference between being a SAHM now versus back before World War II is that as a woman, you can choose to be a SAHM or enter the workforce, regardless of what society says is right.

Since the era of Rosie the River, women worldwide have entered the workforce and made quite the difference in the world. Everything from equal pay to completely changing the workplace environment. Ever since women started flexing their “Anything you can do I can do better” muscle towards men, the workforce has never been the same.

Well, according to Next Generation, it has a little something to do with the “pinkification” of girls at an early age. From a young age, women have been “swayed” not to pursue maths and sciences, even if they’re good at them. Instead, they learn how to cook, clean, and basically, just stay in the “female lane.”

There are still many people today with that type of mindset in and out of the workplace. The good news is that there are systems in place to combat sexism and other discriminations against women. But, there is still more work to be done for women’s equality in male-dominated fields like tech.

If you’re a SAHM looking to enter or re-enter the workforce, or if you’re a career woman thinking about taking a different career path, here are some of the top reasons why you should consider a career in the tech industry.

Top Reasons Why Women Should Be Entering the Tech Industry

When female tech leaders are celebrated, it can encourage other women to pursue their tech interests, diversifying the hiring pool.

That’s not saying it will be easy entering the industry but making gender diversity a priority is very important. The auto, electronics, medical, filter, aerospace, and food industries rely on dispensing technology, and you better believe that those industries wouldn’t be as lucrative as they are without the work of women.

So whether you’re in the conference room making a presentation or on the assembly line, make your presence known… Make it be known that you’re just as valuable of a team member as any male counterpart.

Research has shown that Fortune 500 companies with at least three women in higher positions saw a greater ROI by over 60% with a purchasing power of $5 trillion.

So what is that saying?

With the involvement of women in powerful positions, they make consequential decisions that drastically improve business profits.

Imagine a conference room full of men having to vote on a major business decision. When all the men have given their opinion, it’s pretty safe to say that the decision will be conclusive. This is because they all have the same viewpoint, give or take a few men, but the majority rules, right?

By adding just a few women to that decision-making process, there’s going to automatically be a different point of view. This is because when a diverse team interacts, the entire team is forced to anticipate different viewpoints.

Men and women obviously see things differently, but this isn’t a bad thing. This difference in views is the very thing that opens the doors to different ways to solve problems. Women definitely deserve a seat at the table.

Are you a woman ready to rock the tech world? Tell us what technology you are passionate about below!

Angel Numbers Guide: Why You Are Seeing Angel Numbers in Dreams
Next Post: Biggest Signs It’s Time to Change Jobs or Start a New Career